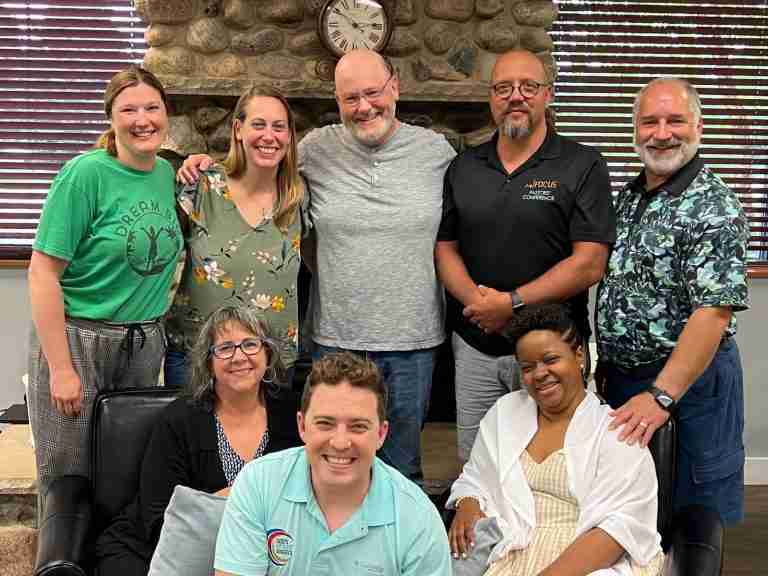 It’s hard to believe that my one-year anniversary as Executive Director at God’s Littlest Angels is approaching; I connected with GLA as a supporter and volunteer nearly 7 years ago! Moving from my position at NewLife Church to Executive Director was a step in faith for my family, one that did not make sense to many people in our lives – but as believers, we have to step out on faith when God calls us to move. On my most recent flight into Haiti, I spoke with a fellow traveler about our respective work. During the conversation, it came up that GLA‘s work began in Haiti in 1994, twenty-eight years ago! My new friend commended GLA on longevity – indicating that almost none of the organizations in Haiti last that long. I am honored to lead the way forward as we build upon a legacy of longevity and excellence. In many ways, 2022 has been “much of the same” in our accomplishments; but the increasingly turbulent state of Haiti makes these accomplishments far more remarkable. The team at GLA is nothing short of phenomenal, and every member of the GLA family makes the load a bit lighter.

GLA began as a fledgling medical ministry for premature infants but has grown in leaps and bounds, across many different facilities. We’ve adapted to care for toddlers up to preteens while focusing on high standards of care, quality education, and adoptions. The refuge at GLA is expanding as God leads, and we are excited about the future.

As I reflect on 2022, I would sum it up in three words – Turmoil, Testing, and Triumph.

Since I accepted the role of Executive Director on November 1, 2021 – turmoil in Haiti has continued to grow. Gang violence and fighting are at their highest point in decades, and the subsequent shortage of necessities grows worse by the day. Many days are spent surviving, not thriving, and growing. This tumultuous backdrop increases the need for our ministry but raises our costs and risks. We’ve been creative in response to many issues and worked to become more self-sufficient. We’ve grown large quantities of our own food through the “Sow a Seed” project, a hands-on task that our kids love! Implementation of alternative power sources has proven life-saving, and our staff is diligent about the use of supplies to minimize waste. Haiti sits on the edge of another “raid reaction” force deployed on her shores – while this will likely bring some much-needed relief – the complications of a longer-term solution are far-reaching and provide another dynamic we must navigate in the coming months.

2022 brought many tests for our staff and GLA in addition to the state of Haiti. Increased transparency and an elevated level of integrity were target goals over the last year. From the “business side” of the ministry, this meant overhauling most of our policies and procedures for greater efficiency and effectiveness. We’ve also navigated some staffing and leadership changes with excellence; while accomplishing the goal of making each employee feel valued. At our first in-person board meeting since Covid, our Board of Directors worked diligently to cast a vision and strategy for the next five years. All of these tests have grown me personally, as we continue to navigate each test as it comes. 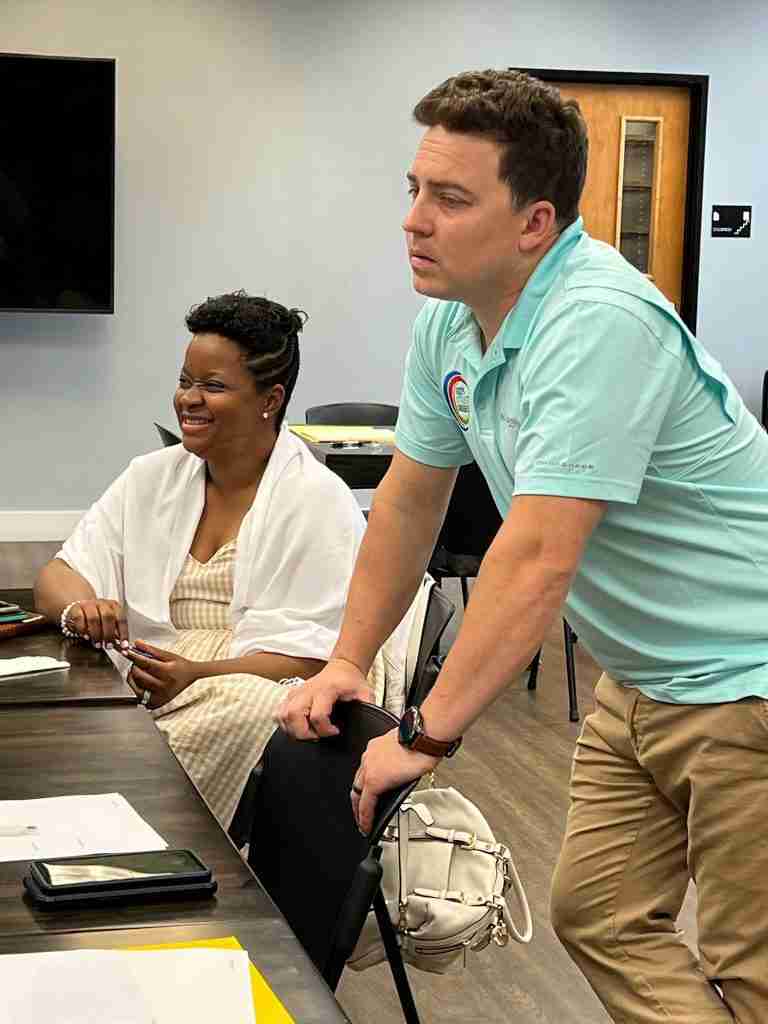 Clearly, 2022 has been challenging, but it boasts its share of triumphs. GLA completed three adoptions this year – navigating a process that is frustratingly slow. It is challenging to see the adoptions move so slowly through a process, which GLA fully supports and believes is necessary, knowing there are loving parents waiting on the other side. We also secured a pacemaker for one of our children after discovering a serious medical condition. The price tag was incredibly high for this procedure – $100,000! However, God came through in a big way, and a few emails and phone calls later, generous organizations donated the required services and devices. This “angel” was with GLA as a baby and continues to thrive thanks to generous partners and God’s provision.

My first year as Executive Director at God’s Littlest Angels has been a ride of ups and downs. The high moments carried us through the seasons of difficulty and frustration. My faith in God’s timing and provision has grown in leaps and bounds this year – and I’ve been constantly reminded that circumstances do not dictate who God is or what He will do. He will continue to carry the ministry at GLA as he has done so faithfully in the past.

While it hardly feels adequate – I want to express my sincerest “Thank You” to each member of the GLA family for your support over the past year. The resources you’ve provided, the prayers you’ve prayed, and the encouraging words you’ve spoken helped us shoulder the burden. GLA would be less without each one of you. I value your steadfastness in providing this refuge in Haiti in the coming years as we move this ministry forward together. 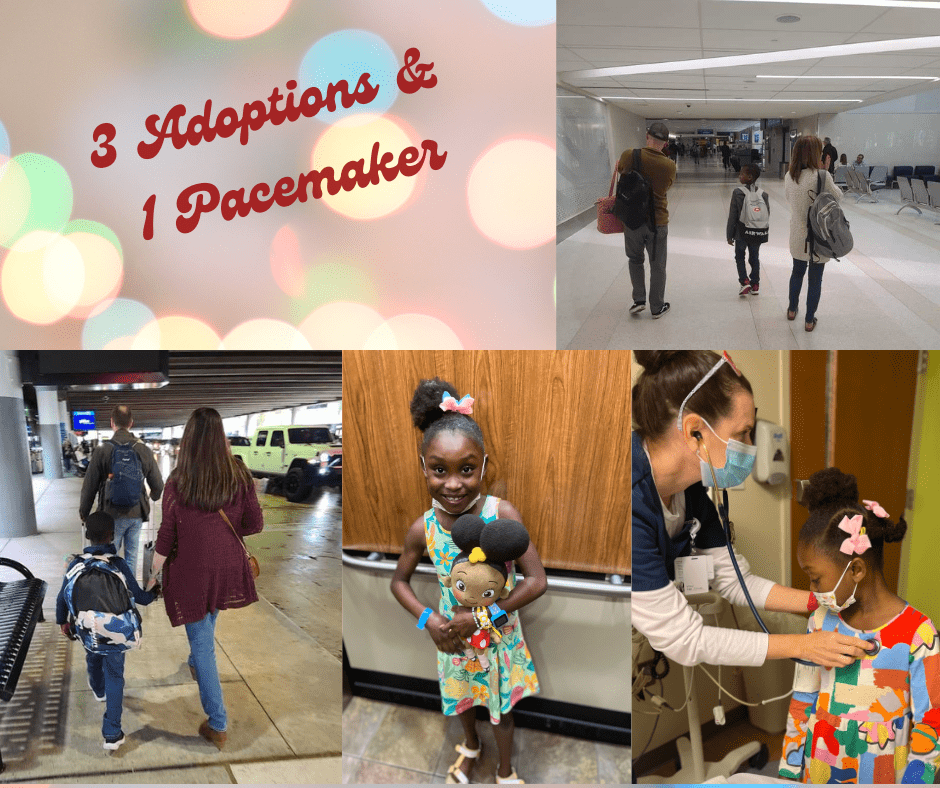 My first year has been a wild ride of turmoil, tests, and triumph. It is easy to lose sight of the good amidst the bad – but God has been gracious and our GLA family is faithful to stand united. I’ve seen God work many times, through many people, but this year He’s united families, worked in and through our staff, and shown love to children. We are dedicated to providing refuge and hope for future decades, and we can get there with your partnership.

I ask that you continue to love, support, and pray for us as we move forward into 2023 and beyond.

This is the heading

God's Littlest Angels is providing exceptional neonatal care and a safe haven to the smallest, sickest, and most vulnerable children of Haiti.

Get to Know Us

God’s Littlest Angels is a registered 501(c)3, all donations are tax deductible to the fullest extent of the law. All contributions designated for specific projects shall be applied to those projects, and we may assess a percentage to be used for administering the gift. Occasionally, we receive more contributions for a given project than can be wisely applied to that project. When that happens, we use these funds to meet a similar pressing need.