It's a Flag Day Celebration

The children are always excited when Flag Day comes around every May. Dressing in bright red or blue shirts and parading while waving the Haitian flag are part of the joyous events of the day. The day is a celebration of freedom from France, slavery, and also the creation of the Haitian Flag.

History books state Christopher Columbus claimed Haiti for Spain in 1492, but it was the French who truly colonized the island. French influence in Haiti began about 1625 and they maintained control for 179 years. During the 18th century, Haiti was the French empire’s richest colony. Because of this, the island was nicknamed “La Perle des Antilles” (The Pearl of the Antilles). The rise in Haiti’s wealth in the 18th century is attributed largely to the exploitation of enslaved Africans who worked the plantations during this era and helped the country become the world’s leading producer of sugar and coffee. During this time, the land was plundered by deforestation, and the workers were terribly abused. 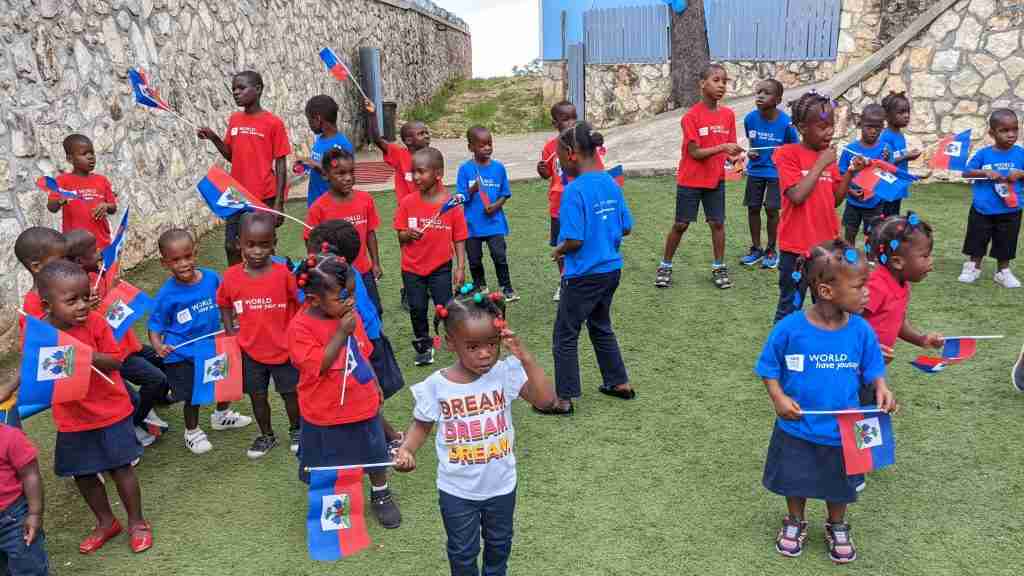 The Significance of the Haitian Flag 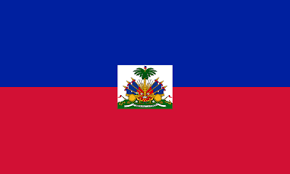 On May 18, 219 years ago, the revolutionary leader Jean-Jacques Dessalines tore up the French tricolor flag and had his goddaughter, Catherine Flon, stitch together the country’s first independent flag. The new banner consisted of just a red and a blue stripe, without the central white stripe of the tricolor. It’s popularly believed that the two colors were meant to symbolize the unity of the nation’s people of color along with rejection of the white colonizers.

In Haiti (originally called Ayiti, or Land of Mountains) Flag Day is a time to celebrate the creation of the first Haitian flag as well as the revolution that gave Haitian people freedom from France and slavery. Flag Day is on May 18 every year since 1803, while independence from France was declared on the following January 1st when Haiti became the first free state in the Caribbean liberated and governed by its former slaves. That revolutionary spirit is still a source of national pride and celebration.
The stark, two-color flag has been temporarily changed over the years to the colors red and black. A coat of arms was added on a white panel in the center in 1843. The coat of arms depicts weapons ready to defend freedom, and a royal palm for independence. The palm is topped by the Cap of Liberty. The national motto is on a white scroll reading “L’Union Fait La Force” (Unity Makes Strength, or United We Stand). The motto was chosen by the Republic of Haiti after the revolution and subsequent independence of the slaves of the French colony of Saint-Domingue in 1803. The newly created state of Haiti became officially independent on January 1, 1804 following the capitulation of the French troops at the Battle of Vertieres on November 18, 1803. The Republic of Haiti is often referred to as the world’s First Black Republic. The current flag has been returned to the original red and blue and continues to retain the coat of arms, along with the French version of Haiti’s motto. 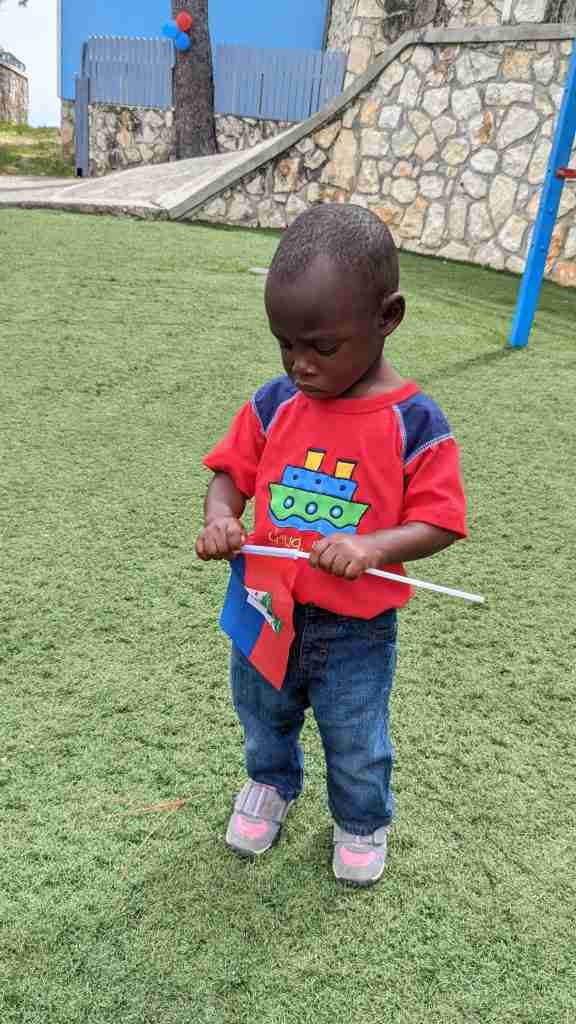 On Flag Day celebrants parade about wishing each other “L’Union Fait la Force.” Feasts are prepared with traditional Haitian foods such as griot, papita, and dous makos. The children and staff enjoy this feast as well and look forward to it each year! 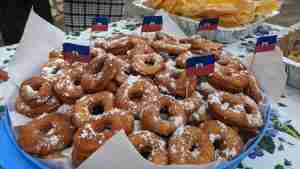